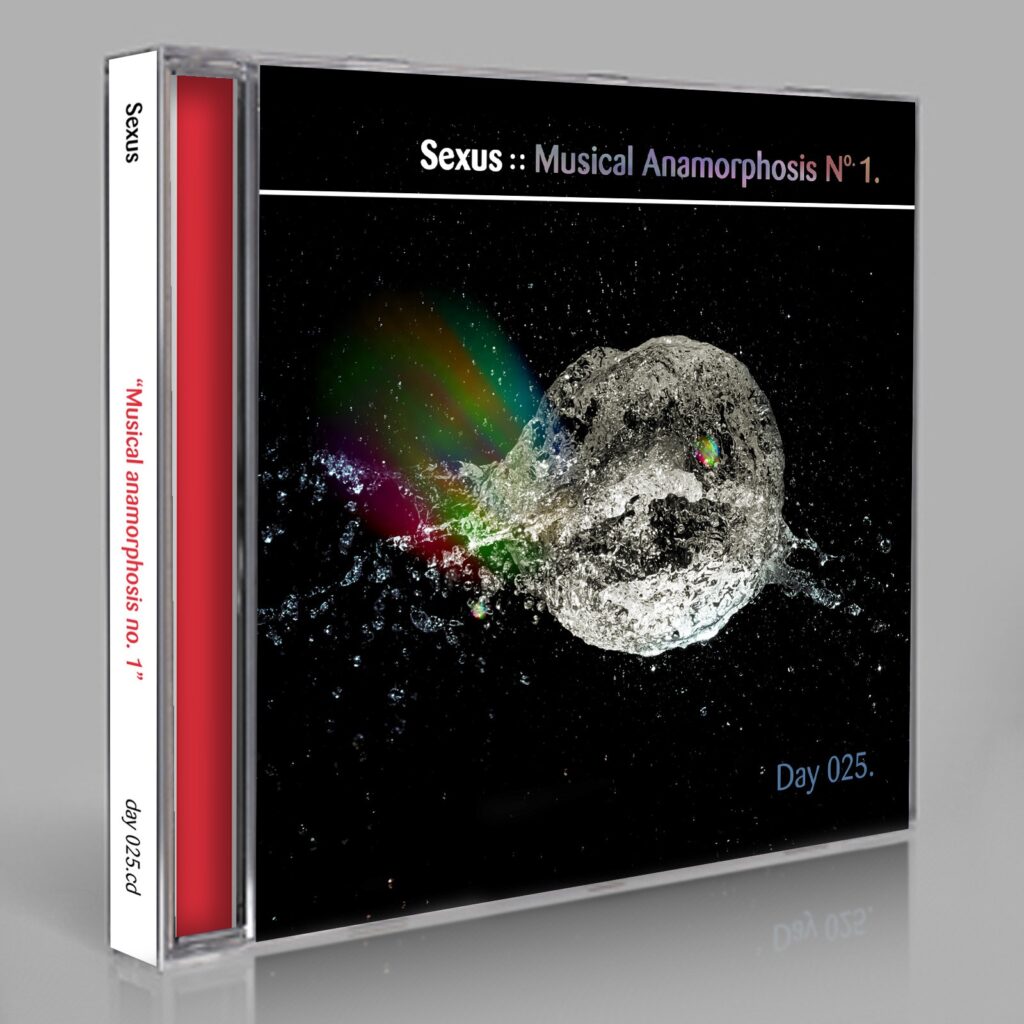 The term anamorphosis refers to a form of distortion and perspective viewing. Consider the divergent methods of painter Hans Holbein and his painterly occlusions, which, when viewed upon a skewed angle, revealed a secondary visual agenda that was all his own.

The release “Musical Anamorphosis No. 1” (Day 025) assembles five pieces composed by Eric Scott, and whose meter have been altered significantly by figurative time-stretching, and whose performance requires additional stamina from its mythical agents; a fabricated MIDI ensemble performing these keyboard works, from a collection of recordings originally released in 1994. Key works include “Music From 3 Hats“, “Clair De Lunatic“, “Musical Anamorphosis No. 1“, “All In Piano” and “Detained (in Dm, 8 bpm)