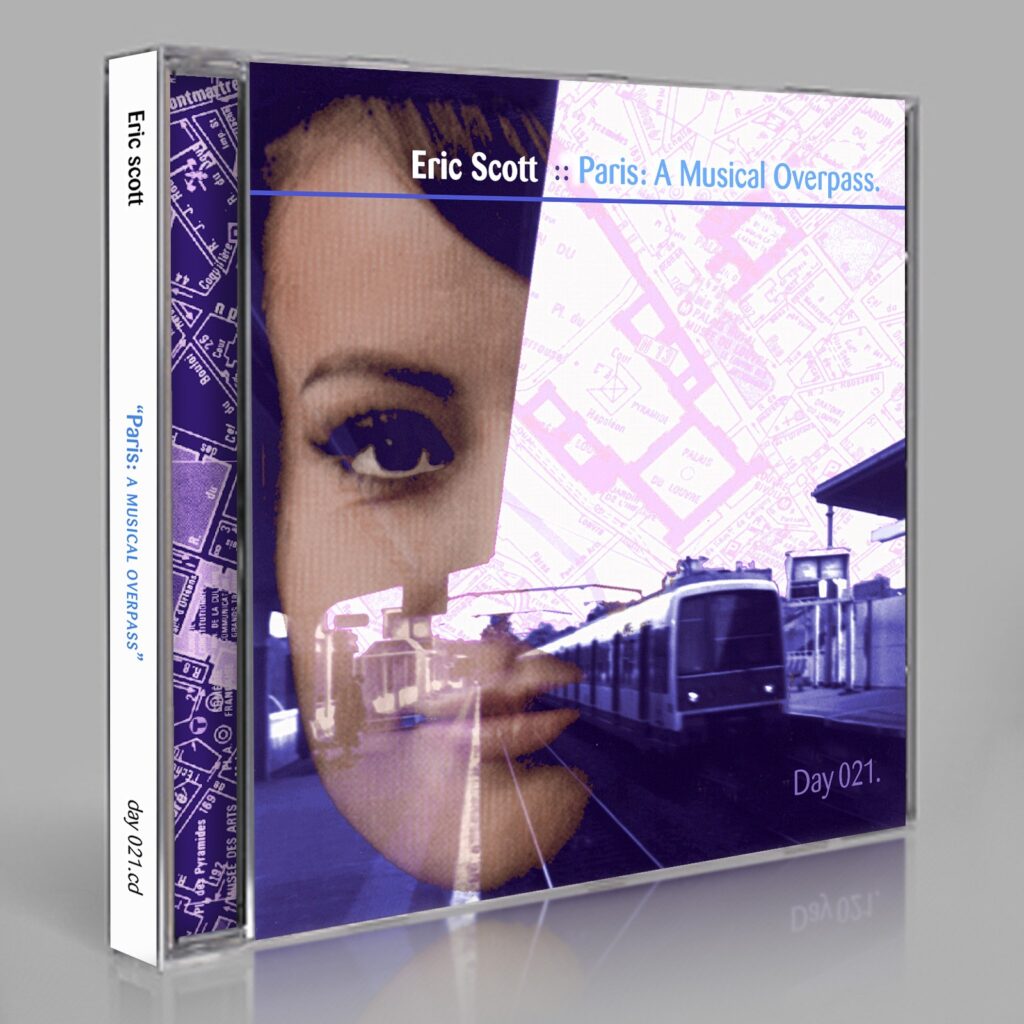 NIGHTlink Rail Station 021 – “Overpass” – is a stop along its newly-evolving underground network. And “Paris: A Musical Overpass” (Day 021) expresses a cinematic quality that creates vivid images of transition, through intervals-based chord sequences. From the opposing movements of the aggressive “Le 7eme,” to the orchestral ambience of “Gare De Lyon,” and post-minimalist flourishes of urban subway anxiety on such pieces as “Metro Ligne no. 8” and “La Banlieue,” composer Eric Scott creates a tension which, at once, introduces new elements of both mystery and intrigue.

Unlike soundtracks which depend primarily upon visuals, “Paris” constructs a narrative which carries the listener upon a new journey; “Le 7eme” chases time signatures up the Right Bank, and into one of the artier zones – “a neighborhood I would choose for myself.” A self-contained proposition of over two dozen miniatures, “Paris” unfolds upon many levels across repeated listening – a seductive and imaginative companion piece to a city.