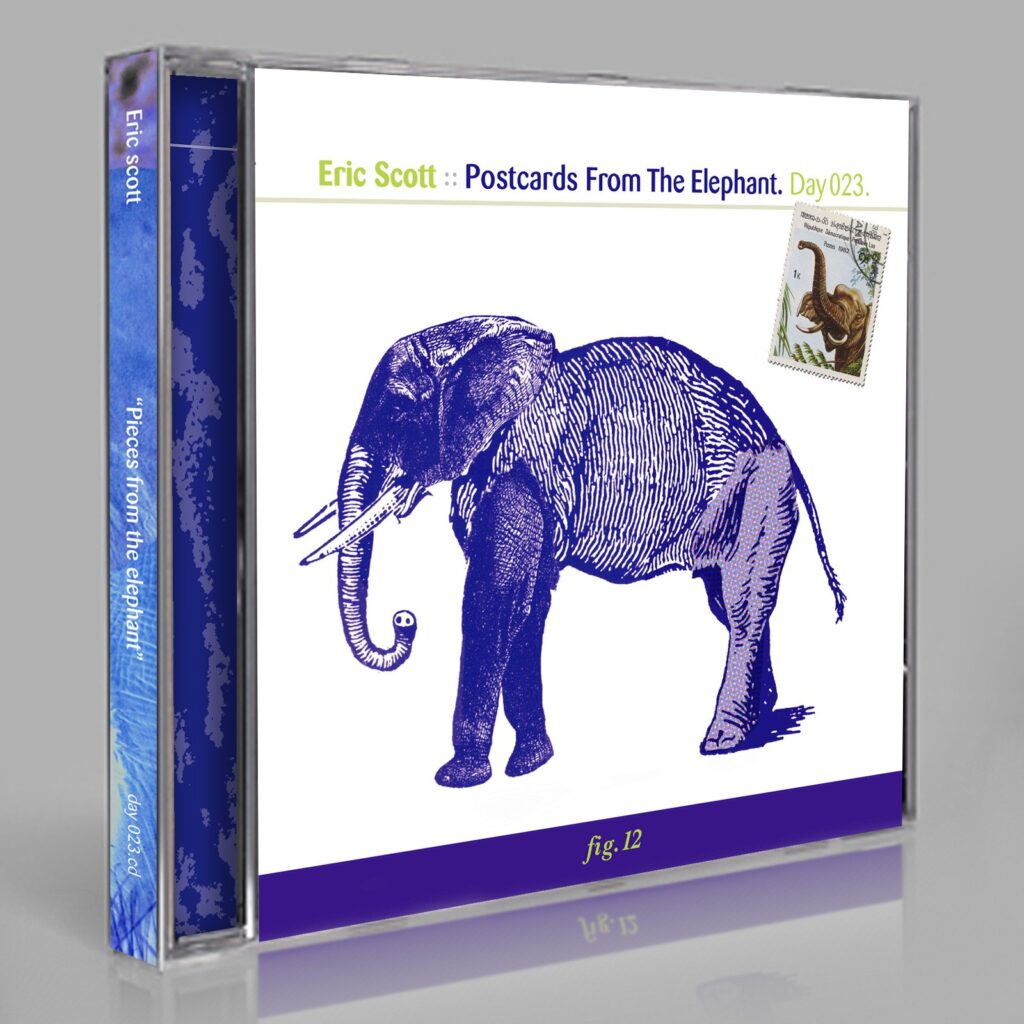 A thematically-varied cross-section from Eric Scott’s early instrumental music, “Postcards From The Elephant” (Day 023) has elicited equally colorful responses from its many listeners since its first release in 1994: “music for a Romanian beach festival,” and “cartoon music for the mind”.

The composer adds “I only hoped it would shatter any illusions at the time, that I was only out to make background music for films. Too much underscore demands little from the listener, and the marriage of sound to image remains largely unexploited, still to this day…Not always a fair exchange. I’ve always preferred those filmmakers, whose attitudes marry a compelling score to their images, and who have attracted composers who create foreground music that can be adapted functionally for use in their films. “…Elephant” was never intended to be a definitive statement on all my work, but more of a collection that would represent my identity as a composer of modern instrumental music, set to attract an ideal equation of tastes.”