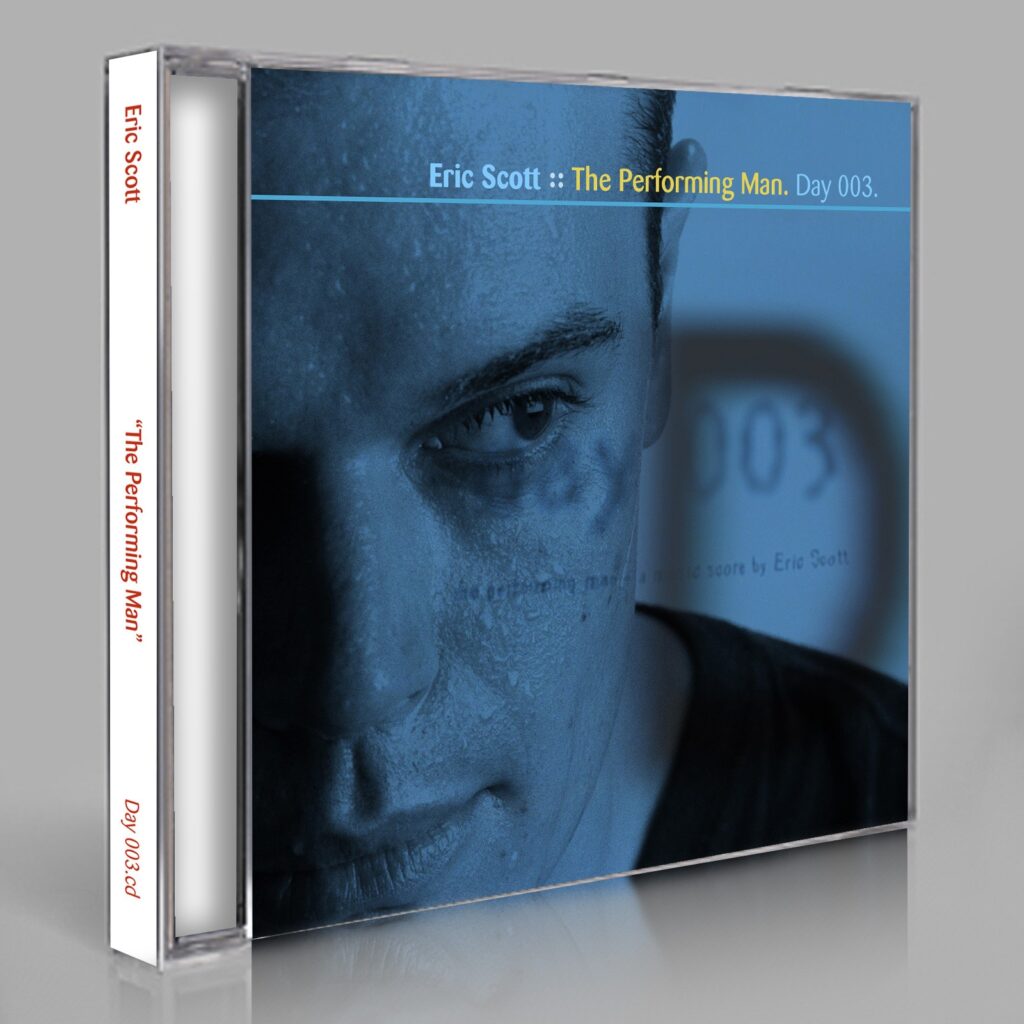 Inspired by mythical performance art ensemble The Theatre Of Panic, “The Performing Man” (Day 003) was conceived by Eric Scott as the experimental ambient, world-indie, synth-pop-influenced soundtrack for a “fictitious live spectacle,” in which all stage performers were meant to follow a set of open-ended instructions to accompany each piece. To contradict the nature of the “disposable” image of performance art, this score applies a world-indie orchestration to a subject so ephemeral, a potential gesture of broadening or to immortalize artistic appeal.